“It cannot be emphasized too strongly or too often that this great nation was founded not by religionists, but by Christians; not on religions, but on the gospel of Jesus Christ.  For this very reason peoples of other faiths have been afforded asylum, prosperity, and freedom of worship here.”   - Patrick Henry

A Case For Sovereignty - The UN – The United Nations seeks to be thought of as a body which concerns itself with the affairs of the world but the real goal is the world coming together under one World Government.

The American Revolution was a Presbyterian Revolt - Find out who the spiritual father of the United States was!

An Ignorant Army of Uninformed Voters – Today’s voters are a very ignorant crowd when it comes to reality.  Most vote to keep the free money rolling into their mailboxes.  Many don’t even know who the Vice President of the USA is!

Are You Free? – Many in America think we are a free nation but are we when we have to get the Government’s permission to do everything like marry or build?  This article contains many questions which must be faced and answered.

Christian's Love of the Warfare State is Killing Other Christians – Chuck Baldwin shows how the Christian’s love of war triggered by Christian Zionism is causing the deaths of other Christians in different parts of the world.

The Confederate Flag Needs to be Raised, Not Lowered! – The War between the States was a horrible conflict where more than 600,000 Americans died.  The South had some great generals and Robert E. Lee was considered the most beloved General in all of American History.  He was also a Christian.  Recently the Politically Correct crowd in this country wants to abolish the Confederate flag, however, the stars and bars was the battle flag and not the primary flag of the confederacy.

Could All Fifty States Be Wrong? – The preambles to all the Constitutions of the fifty states all have reference to God and yet we are told that we are a secular nation.

Dangerous Radicals of the Religious Right – Christian testimonies by famous Christians down throughout American history.  From George Washington to Woodrow Wilson.

Destructive Force of Socialism: The State – Socialism is not just an economic system but it is a destructive system which is totally opposite of the benefits of Capitalism.

Disaster Just Ahead - The Failure of the TEA Party Movement – Does the TEA party have the best interest of America at heart?  Here is an analysis by Texe Marrs.

The Federal Reserve System: A Fatal Parasite – The Federal Reserve has a been an economic blight on the USA since 1913 when it was grandfathered in by an absent Congress at Christmas and signed into law by the traitor Woodrow Wilson.

Fill Up and Support Terrorism – Here is a list of Gas companies that buy from Saudi Arabia and others.  These countries support terrorism so if we use their gas we are also supporting terrorism.

Franklin Graham Was Right – Franklin Graham assessed Islam as a wicked and vile religion.  Since he has done that, we have seen how vile it is on the TV every day.

God Has Protected the USA to His Glory – God has protected the USA for the purpose of the Glory of God.  He has watched over our country during the Revolutionary war and the Civil war.  The USA was founded as the nation who will send out missionaries and Christian materials to all parts of the world.

How to Control People – The majority of the people in this world are controlled by oligarchs and governments in league with them.  Here are some ways they control the population.

How to Destroy America – Frosty Wooldridge’s excellent article on the situation of illegal immigrants coming to this country through open borders.

Immigration wakeup Call by Frosty Wooldridge – Frosty Woolridge and Victor Thorn give their warnings and assessment of the illegal immigration problem in the USA.

More Columbines to Come – Since the time of the Columbine shooting there have been many more and there will be more to come.

Now We Know How Germany Let It Happen - The Corona Virus Government response is destroying our Freedoms and it may be the end of Freedom as we know it.

Observations of Tyranny – If there is one thing which is prevalent in our world, it is government sponsored tyranny and false flag operations.

Rebuilding the Crumbling Foundations of America – Can tyranny be opposed and defeated?  Yes it can and here are some principles.

Red Flag Laws - Is there a reason behind these laws that affects Christians?

Romans 13 is not Unquestioned Obedience to Government - Does Romans 13 teach that we must be blind followers of Government even when they violate the law of the land?

Rolling Back Government: Lessons from New Zealand – Many governments are out of control especially when it comes to spending.  Most have central banks which are nothing more than money printing mills.  Here are some principles about the proper operation of government.

Separation of Church and State – The church has continually been bombarded with the argument that the constitution states there must be a separation of church and state.  There is no such thing in the U.S. Constitution but find out here where it is found.

Should Christians Run For Political Office? – Many claim that Christians should not run for political office.  I ask the question why is biblical for them to flip hamburgers but not run a city as mayor?  There is nothing unbiblical about running for public office.

Time for Christians to Shred their Bibles – Challenges to standing governments is plentiful in the Scriptures and Christians have not noticed these.  They might as well shred their bibles if they do not get those parts of the narratives. 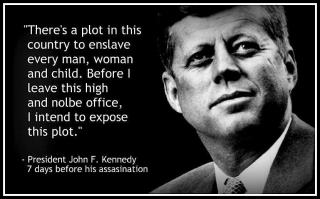